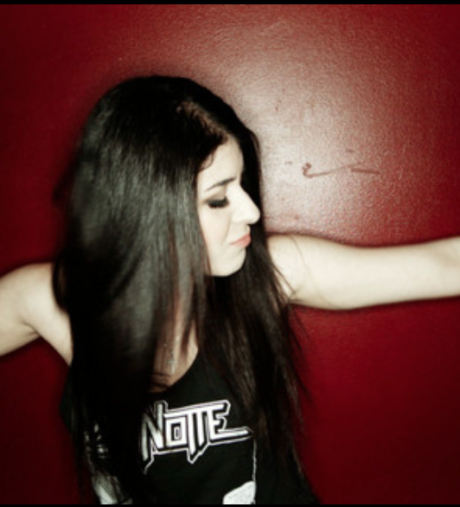 “Storms Coming” is a dramatic song both in lyrics and production about a bully. Not wanting to sink to the level of being hurtful, but learning to stand up for yourself is the core of this song.”

Hendrix, born on March 2 1995 in Toronto, Canada discovered her love for music at a very young age. At the age of 10 she found herself a vocal coach and was eager to begin her journey. Living with a then single mother of three, who couldn’t afford lessons or take time off of work Hendrix never took no for an answer. She went ahead and set up lessons with a vocal coach, found a way of getting to singing lessons, and the money to pay for lessons found its way to her. It was at that moment that Hendrix began to develop the mindset of never letting a no stop her.
Singing lessons was just the beginning. Living by the quote “ The biggest adventure you can take, is to live the life of your dreams – Oprah Winfrey” is exactly how she aimed to live life. Never giving up and always keeping the vision alive. From performing at Roy Thompson Hall alongside Canadian artists Kardinal Officiall, Fefe Dobson and JRDN, being connected with and performing for Mark Spicoluk, singing in a video aired on MuchMusic, having a Talent of The Month full page spread on Leisure Time Magazine, working side by side with Capitol Records Roy Hamilton the third. Step by step, Hendrix continues to move towards all her goals and dreams. Hendrix has now released her first Debut single “Shoulda Said No” recorded in Nashville, Tennessee.