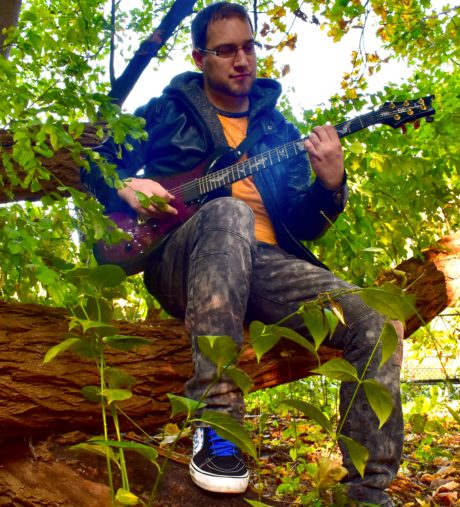 This song is…
Chart a Course is the realization of needing a plan to pursue your goals. It’s the most positive vibe track on the album which continues the themes of life (ups/downs) from my last album. It’s also why I put this song so early in the album. Just because you have a plan and a goal doesn’t mean everything is figured out, but it’s definitely something to be hopeful for.

With this album I’ve gone deeper into compositions and fully produced/engineered all on my own. Variety is another key element I kept in this album too, not just sub-genres but emotionally. I believe there’s something in here for everyone. Since picking up the guitar in high school my biggest influences have been instrumental guitarists like Joe Satriani, Paul Gilbert, Steve Vai and many more from the 80s and 90s. Along with that Ive been playing video games since before I could walk which has been a gift in how I’m able to create and feel atmosphere in music. I still game a lot and my dream job would be to write music for video games.

The music we are creating is…
Inspired by my obsession with video games (mostly RPGs) and movie soundtracks. I love how (when done right) music can tell a story without vocals and lyrics. Outside that I listen to a lot of Progressive Metal and Pop Punk so I tried to meet them halfway as my influences.

Right now we are…
I’m mostly excited to be getting the new album out to listeners. I’ve never worked so hard on something, I didn’t intend on doing everything myself but it just happened that way. I’d love to collaborate or find others to work on music similar to this so that makes getting this album out there all the more important. Even to find similar bands for creating connections and friends in Toronto (which I’ve recently called home) would be great.